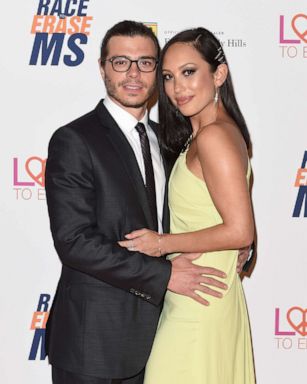 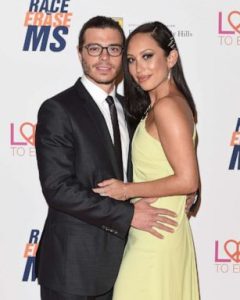 She was born to her Filipino mother Sherri Burke and her American father, Stephen Burke. She holds an American nationality and belongs to Irish, Russian, Filipino ethnicity. She grew up along with her siblings Nicole Burke and Mary Burke. She went Menlo-Atherton High School and graduated in 2002.

She began her dancing career when she began training in ballet at the age of 4 and at the age of 11 began ballroom dancing. That of course finally paid off as being the source of her fame or identity and stardom as an outcome of Dancing with the Stars.

Since first appearing on the program in the program's second season, she has appeared in all subsequent seasons. Prior that she had partnered with celebrities such as Ian Ziering, Wayne Newton and so on. However, she was also paired with famous actor and model, Antonio Sabato Jr. in the show's 19th season.

She won her first championship with 98 Degrees member Drew Lachey in the second season. She won her second championship with retired football star Emmitt Smith in the third season. Cheryl returned to the ballroom on March 19, 2007 for Season 4, partnered with actor Ian Ziering. She and Ziering were eliminated in the semi-finals on May 15, 2007. Burke said in an interview that Ziering was her least-favorite dance partner ever on DWTS, that she begged the show's producers to eliminate her every week and that being around Ziering made her want to "slit my wrists"; she later pointedly apologized for the reference to suicide without withdrawing anything she said about Ziering.

She participated in a 38-city Dancing with the Stars tour from December 19, 2006 to February 11, 2007. She also joined the second summer tour, which visited 24 cities between June 20, 2007 in Austin, Texas and July 24, 2007 in Vancouver, British Columbia, Canada. Her celebrity partner for both tours was Drew Lachey. Burke competed on Season 5. Her partner was Las Vegas entertainer Wayne Newton. They were the third couple eliminated from the competition on October 9, 2007.

She participated with both Lachey & Newton in the Dancing with the Stars winter tour that kicked off December 18, 2007 in Seattle, Washington. The tour wrapped in Philadelphia, Pennsylvania on February 10, 2008. She competed on Season 6 and was partnered with actor Cristián de la Fuente. They trained at Palm Beach, Florida's "Paramount Ballroom," which is owned by former U.S. Nine-Dance Champion Alec Lazo. They made it to the finals and on May 20, 2008, Cheryl and Cristián placed 3rd in the Season 6 competition. On season thirteen of Dancing With The Stars, she and Rob Kardashian surprised many people by finishing second.

For season 18, she was paired with game show host and actor Drew Carey. They were eliminated on Week 6 and ended in 8th place. For season 19, she was paired with soap star Antonio Sabàto Jr.. The couple was eliminated on Week 7 and finished in 8th place. After Season 19, Burke chose to leave DWTS for some time after her contract expired to pursue other projects.

On August 30, 2016, Burke was revealed to be returning to the show to compete on season 23. She was partnered with Olympic swimmer Ryan Lochte. After a season off, Burke again returned for season 25, her 20th season as a pro. She was paired with former NFL wide receiver Terrell Owens and finished in 6th place. After taking another season off, she returned once again for season 27 where she was paired with actor Juan Pablo Di Pace. They were shockingly eliminated in the semi-finals despite earning five perfect scores and holding the highest average of the season.

She had been in a relationship with multiple guys before and gone through various affairs. Also in 2006, she had an encounter with Nick Lachey. She is engaged with her longtime boyfriend, Matthew Lawrence. Moreover, the couple started dating from February 2007 to February 2008. Again, they explored their dating in 2017. Even more, the duo had shared a lot of pictures on their Instagram account. After dating for a long duration of time, Cheryl Burke engaged with her future spouse Matthew Lawrence on 3rd March 2018. She was in a relationship with J.T. Torregiani in 2014. After a year of dating, the pair called a quit. In the same year, she also dated Josh Hopkins. Before in 2008, she was dating her partner Maxwell Zagorski. However, they ended their relationship with Max after dating for two years.

Furthermore, Cheryl was also in a relationship with Joffrey Lupul. And later they got separated. However, the pair never disclosed any reason for their separation. Instead of dating multiple guys, Cheryl had finally found her life partner as Matthew. Well, we bless for her bright future and nourishing life.