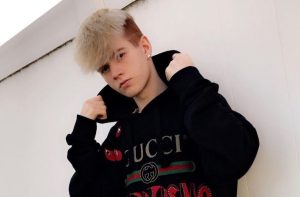 Cody Orlove is one of the most famous and trending Instagram Star in whole world right now. Cody Orlove was born on August 17, 2001 in Chicago, Illinois, USA. He has a sister named Alexa and a brother named Anthony.

He first became popular on YouNow before finding even more success on Instagram. Quickly becoming popular for his boyish good looks he started uploading lifestyle content and short clips on his Instagram account as well. More and more young fans started following him on social media and he ventured into TikTok. This was his best career move to date. His passion for covering songs combined with his dance skills gained the attention of almost 100k subscribers within months. Around this time, Zoe LaVerne who was an Instagram star herself and who herself was on TikTok decided to follow Cody. She sent him a message wishing him luck and hoping he reaches the 100k mark. He decided to follow her back and the young duo became friends quickly. The friendship soon turned into a relationship and both their fan bases comprising of youngsters and teenagers went crazy. Their popularity grew and they soon started collaborating on each other’s videos. Not merely satisfied with the TikTok success, Cody branched out to YouTube as well. His solo channel named ‘C A O’ which has over 112k subscribers, has only seven videos. Yet, ‘Chapstick Challenge With Zoe LaVerne! (Too Crazy)’ is the most popular video on the channel with over 1.4 million views. He also posts prank videos like ‘We Can't See Each Other Anymore. Prank On Girlfriend! (ft. Zoe Laverne and Cody Orlove)’ in which he pretends to miss the bus to go see his girlfriend. The video was liked a lot by fans of ‘Zody’. On March 25, 2018, Cody created a second channel named ‘Cody & Zoe’ in collaboration with his girlfriend. The channel’s popularity has been astounding as since its inception it has already garnered more than 612k subscribers. The first video ‘Zoe Laverne And Cody Orlove (Q&A) How I Asked Her Out, And How We First Kissed!’ was liked immensely by their fans.
The channel also features vlogs about their daily lives, their struggles as a long distance couple, and funny prank videos. ‘Cheating Prank On My Girlfriend With My Ex! (Gone Wrong)’, ‘I Said My Ex's Name In My Sleep! (Prank On Boyfriend!)’, and ‘Cheating On My Boyfriend Prank! "He Got So Mad"’ are some of the most popular videos on the channel gaining millions of views.

He's been in a relationship with muser Zoe LaVerne since 2017. In March 2018, he posted a throwback picture of himself alongside Loren Gray to Instagram. His Instagram account is followed by more than 600,000 and YouTube channel has 650k subscriber. As of 2019, the estimated Jordan Beau's net worth is $350,000 USD. Now he ranked in the list of most popular American Instagram star.