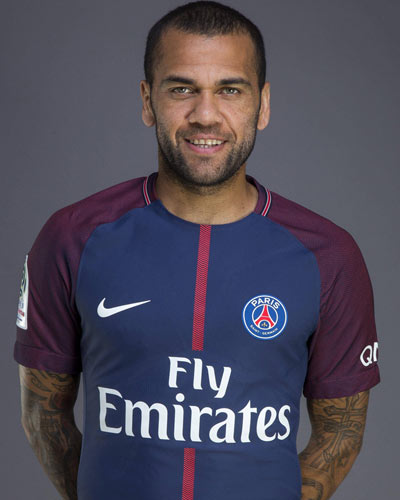 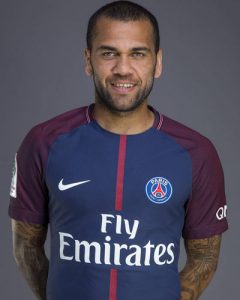 Dani Alves is one of the most famous and trending Footballer in whole world right now. Dani Alves was born on May 6, 1983 in Juazeiro, Bahia, Brazil. He was born as Daniel Alves da Silva, but best known as Dani Alves.

His father name is Domingos Alves da Silva, he is a farmer. At the age of ten, Dani started playing football as a winger, but due to lack of goals, his position was changed to right back.

He joined Esporte Clube Bahia in the year 2001, playing against Paraná Clube for the league, the 2001 Campeonato Brasileiro Série A. After Bahia, he joined Sevilla, appearing on every one of Sevilla’s UEFA Cup matches, which the club went on to win.

In the year 2008, Dani Alves joined Barcelona for €32.5 million, becoming the third-most expensive defender of all-time. He won the treble in his first season with the club and in the next season, won the Supercopa de España, UEFA Super Cup and the FIFA Club World Cup. Additionally, he helped the club to clinch another two Supercopa de España, five La Liga titles and two UEFA Champions League titles in the years that followed. Alves has held a Spanish passport since 2005. Alves is the second-most decorated defender of all-time in European competitions with nine European medals, leaving him one behind Paolo Maldini on the all-time list.

In the year 2016, Dani was announced to join Juventus and has scored and assisted many goals to win the different sorts of competition. He made his debut on the national team of Brazil as a substitute, in the year 2006, playing against Kuwait club Al-Kuwait Selection.

With the national team, he had won the 2007 Copa América, FIFA Confederations Cup, and was in the Brazil squad for the 2014 FIFA World Cup. He was named UEFA Cup MVP and UEFA Super Cup MVP in 2006 as well as La Liga's Best Defender after the 2008-2009 season.

He was married to Dinora Santana from 2008 to 2011; the couple had two children together, Victoria and Daniel. In 2017, he married model Joana Sanz.