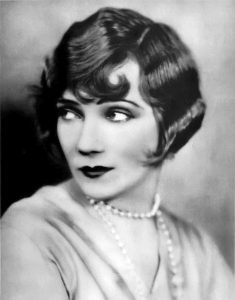 Gilda Gray was an American actress and dancer who popularized a dance called the “shimmy” which became fashionable in 1920s films and theater productions. Gilda Gray was born as Marianna Michalska in Kraków on 24 October 1901, to Max and Wanda Michalski. After being orphaned, she emigrated with her foster parents to the United States in 1909 and settled in Wisconsin. She had one sibling, Josephine. At 14 or 15 years of age, she entered into an arranged marriage with John Gorecki. Gorecki, a concert violinist, was the son of Socialist and union leader Martin Gorecki. The couple, who divorced in 1923, had one son, Martin Gorecki, who became a bandleader under the name Martin Gray. Although the shimmy is said to have been introduced to American audiences by Gray in New York in 1919, the term was widely used before, and the shimmy was already a well-known dance move. Gray appropriated it as her own, saying that she had accidentally invented the shimmy while dancing at her father-in-law’s saloon and “shaking her chemise” .