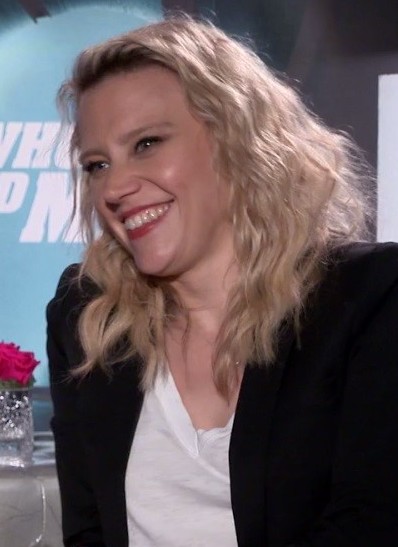 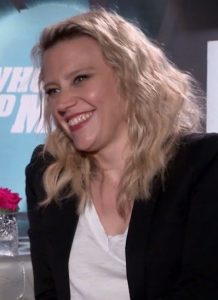 Bold and beautiful Kate McKinnon is an American comedian as well as an actress who has begun her career journey in the entertainment field since 2007. She is best known for her work on the popular comedy series The Big Gay Sketch Show and Saturday Night Live. She is also known for her character as Dr. Jillian Holtzmann in the 2016 Ghostbusters reboot.

Kate McKinnon was born and raised in the Long Island town of Sea Cliff, New York. She was born on 6 January 1984. She is the daughter of Laura Campbell(mother) and Michael Thomas Berthold(father). Her birth name is Kathryn McKinnon Berthold. Her mother worked as a parent educator and her father worked as an architect. She has a younger sister Emily with whom she was raised with. Her father passed away when she was 18 years old.

She studied at North Shore High School and attended Columbia University where she graduated with a theater major.

Talking about the career journey of Kate McKinnon, she is active in the entertainment field since 2007 and she is still active in it. She began her career journey joining the original cast of Logo TV’s The Big Gay Sketch Show in 2007. She appeared in all three seasons of the show. Her career has already started to blossom in the entertainment field. She has appeared on numerous television series doing short roles. In 2010, she appeared in the short film Mr. Ross portraying the character of Debby. Her career took on a successful path when she became the main cast of the television series Saturday Night Live in 2012. The show is still running and she has won various awards for her work in the show. Besides acting, she has also given her voice in movies and television series including Giant Sloth, The Angry Birds Movie, Finding Dory, Ferdinand, Nature Cat, The Simpsons, and The Magic School Bus Rides Again.McKinnon also appeared in the video game LEGO Dimensions playing the role of Dr. Jillian Holtzmann in 2015. She has been nominated for several awards shows for her impressive acting skills and she has successfully won NewNowNext Awards, Ashland Independent Film Festival Award, American Comedy Award, Women Film Critics Circle, and much more.

Kate McKinnon Salary and Net Worth

Although her salary has not been disclosed, her net worth is said to be $26 million.