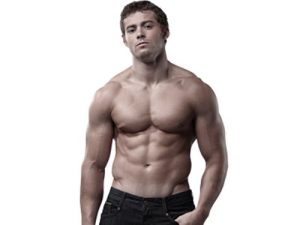 Stephen Leigh Halfpenny is a Wales and British and Irish Lions international rugby union player. Halfpenny is the third highest record points scorer for Wales after Neil Jenkins and Stephen Jones. He currently plays club rugby for Welsh club Scarlets who play in the Pro14. Halfpenny is from Gorseinon, near Swansea. He attended Pontybrenin Primary School and Penyrheol Comprehensive School. A winger or fullback, he was signed as a youth by the Ospreys and played the 2005–06 season with the Ospreys U18s. Halfpenny then trained with Neath RFC during the 2006–07 season, before signing for the Cardiff Blues and spending the whole 2007–08 season playing for feeder club Cardiff RFC, before making his regional debut against Ulster at the Ravenhill Stadium in May 2008, scoring three conversions in the 17–26 victory. On 18 April 2009, Halfpenny scored two tries for the Cardiff Blues in the final of the EDF Energy Cup, a 50–12 win over Gloucester at Twickenham. In January 2014 Halfpenny announced that he would be leaving the Blues at the end of the 2013–14 Season after signing a two-year deal with French giants Toulon. He did not get to complete the 2013/14 season due to receiving a dislocated shoulder in the RBS 6 Nations match against England. Thus his final match with the Blues was against Exeter Chiefs on 18 January, where the Blues lost 13–19. Halfpenny contributed a conversion and two penalties to the game.