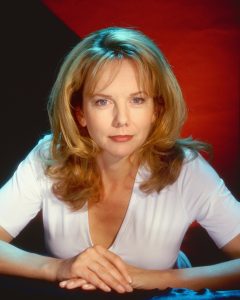 Linda Purl is an American actress and singer, perhaps best known for portraying Ben Matlock's daughter Charlene Matlock in season one of Matlock. Purl was born in Greenwich, Connecticut into a theatrical family, her mother being a Broadway actress, her father an actor, and her grandmother the founder of the Actors' Equity Association. At age five, she moved to Japan, where she spent her childhood, becoming the only foreigner to train at the Toho Geino Academy. While at the Imperial Theatre in Tokyo, Purl performed in several plays, gaining the role of Louis in The King and I, Bet in Oliver!, and the role of Helen in The Miracle Worker. Furthermore, she was discovered by Toho and appeared in several films. At age 15, Purl returned to the United States. She attended high school at Wykeham Rise School, a private boarding school for girls, specializing in creative and performing arts, in Washington, Connecticut. While still in High School at Wykeham Rise, she had a role on the soap opera The Guiding Light. After attending Finch College, Ms. Purl went to England to study under Marguerite Beale, before returning to the United States to study at the Lee Strasberg Theatre and Film Institute, and later with Robert Lewis.