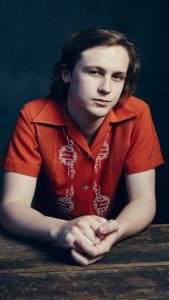 Logan Miller is an American actor and musician who is immensely popular for his role as Tripp Campbell in the Disney XD sitcom ‘I’m in the Band’. Currently, he is working on a television series ‘The Walking Dead’ whereby, he is portraying the role of Benjamin since Season 7.

He was born on February 18, 1992, in Englewood, Colorado, United States of America. He was born to American parents was raised in Albuquerque, New Mexico, and Shakopee, Minnesota but, later, he and his family moved to Flower Mound, Texas permanently. He was raised by his parents.

Logan Miller started his career after getting the opportunity to portray the role of Drew Apple in the television series ‘The Norton Avenue All-Star’. After her work in ‘The Norton Avenue All-Star’, he also played the role of Connor Mead in the 2009 film ‘Ghosts of Girlfriends Past’. This was followed by his work as an actor in some of the well-known films including ‘Would You Rather, ‘The Bling Ring’, ‘Take Me to the River, etc. But, he got his breakout role of Tripp Campbell in the Disney XD sitcom ‘I’m in the Band’ which was first premiered in 2009. In 2016, he got his major breakthrough as a ‘Benjamin’ in the Television series ‘The Walking Dead’. Currently, he is working on his role of Kent McFuller and Collin Croyle in the upcoming films ‘Before I Fall’ and ‘The Scent of Rain and Lightning’. He also directed and starred in a couple of short films made by him.

Elle Fanning Net Worth And Salary