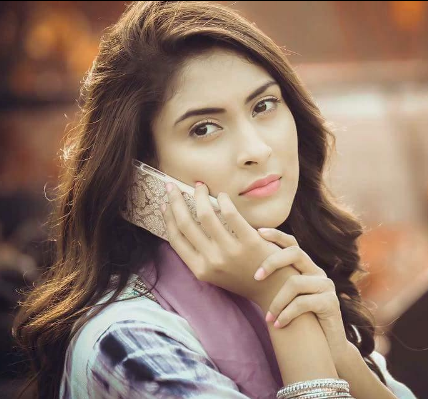 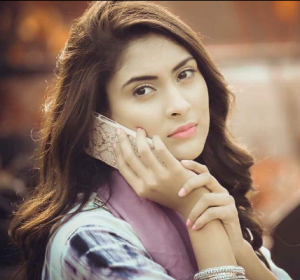 Her father Mohiuddin Chowdhury is a government employee and he worked in Bangladesh Biman. In her early childhood, she left the country to Dubai with parents. She studied at Indian School Sohar and Indian School Muscat. None of her family was engaged with showbiz arena, yet she builds up a career in the showbiz industry with effectively. She is the eldest of four siblings.

Mehjabin came back in Bangladesh in 2007 and she becomes the champion in beauty pageant Lux Channel I Superstar. Mehjabin Chowdhury is the student of Fashion Designing in Santo Mariam University, Dhaka.

Early on, she worked as a model for D'damas, one of the largest jewelry retailers in India. Upon winning a range of beauty pageants, she began receiving acting jobs in 2009. She studied design at Shanto-Mariam University of Creative Technology but upon graduation continued to pursue a career in acting. She is know for her recurring phone operator character in the Banglalink commercials as well as for her role in the 2015 film Duboshohor.

She made her debut in the TV drama with the Tumo Thako Shindhu Parey directed by Iftekhar Ahmed. Then she acted one by one in drama Call Center, Odhora and more. She also acted in the Dhallywood film, where she made debut with the movie Porobashini. In 2015, Mehjabin Chowdhury acted in the Mostofa Sarwar Farooki’s film Duboshohor. Mehjabin Chowdhury got much popularity within a very short time for her beautiful appearance and terrific acting quality.

Mehjabin made a wonderful acting performance in the TV play ‘ Boro Chele’ with Ziaul Faruq Apurba directed by Mizanur Rahman Aryan. The play was created ahead of Eid-ul-Azha 2017 and that was one of the biggest hits of the festive season across the country.

She has modeled for various brands like D'damas, Lux, Pepsi, 7Up, Pond's, Maggi and Aarong. She starred alongside Sabyasachi Chakrabarty in the 2017 science fiction film Porobashinee.