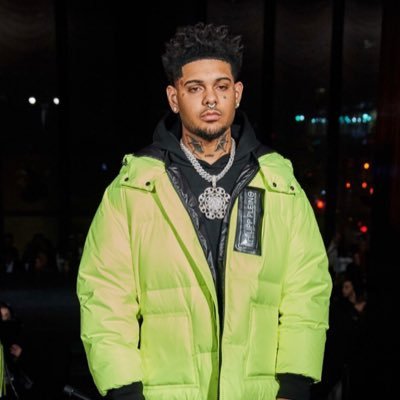 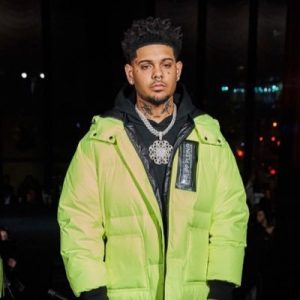 Smokepurpp is one of the most famous and trending Rapper in whole world right now. Smokepurpp was born on May 15, 1997 in Chicago, Illinois, U.S. He was born as Omar Jeffery Pineiro, but best known as Smokepurpp. He attended North Gardens High School in Miami. He dropped out of high school due to his budding music career.

He started producing music in high school. He used to work on the software DWA FL Studio to produce music. He did not like the attention of being a rapper and therefore preferred to work behind the scenes as a producer. He uploaded his first song on the online audio distribution platform ‘SoundCloud’ in July 2015 but deleted it as he felt it lacked quality. Soon after, he uploaded his second song on SoundCloud, titled ‘Live off a lick’, featuring rapper XXXTentacion.

In March 2017, he signed a deal with music industry executive Todd Moscowitz’s new record label ‘Alamo Records’ under the Universal Music Group. He released the single, "Audi" in May 2017. The single soon became his biggest song with over 25 million plays on SoundCloud, and 122 million streams on Spotify. The song was certified Gold by the Recording Industry Association of America (RIAA).

He released Deadstar. The mixtape included features from artists such as Chief Keef, Juicy J and Travis Scott on September 28, 2017. The mixtape debuted at 42 on the Billboard 200 albums chart. On November 8, 2017, he announced on the MTV show ‘TRL’, that he is collaborating with Canadian producer and rapper Murda Beatz on a new mixtape titled ‘Bless Yo Trap’. He later released two singles from the mixtape, ‘123’, and ‘Do Not Disturb’. ‘Do Not Disturb’ featured rapper Lil Yachty as well as hip hop artist Offset from the American hip hop trio the Migos.

In March 2018, in an interview with Canadian music journalist ‘Nardwuar’, he announced a new project. The new project is a mixtape titled ‘Sound of Space’ and its release date is yet to be announced. His highly-streamed songs called "Ski Mask," "6 Rings," "Wokhardt," and "Audi.

He has collaborated with Lil Pump and few of his other close friends to establish a hip-hop group called Gucci Gang. In 2018, he made his first TV show appearance as a performer in the comedy TV series, Wild ‘N Out. Now he ranked in the list of most popular American rapper.