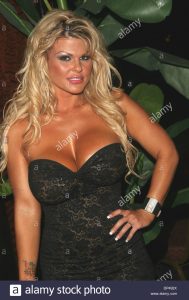 Sophia Rossi is an American former pornographic actress, model, and dancer. She appeared both Penthouse and Hustler magazines in featured pictorials in 2005. Prior to her work as a performer in the adult industry, Rossi was a model for mainstream print ads, an aspiring actress, an erotica writer, and spent time as a professional Doula. One of her early jobs included an appearance dancing on stage at a Kid Rock concert. As a mainstream model Rossi had been featured in ad campaigns for companies such as Jack Daniel's, Southern Comfort, ESPN, Canon Computers, Harley Davidson. and Dillard’s department stores. A friend, porn super star Jenna Jameson, helped Rossi get her start in the industry. In March 2005, she signed an exclusive contract with Jameson's Club Jenna adult film production and promotions company which is owned by Playboy Enterprises . She appeared in the October 2005 edition of Penthouse in an eight-page pictorial titled "Triple Threat" and was the "Hustler Honey" and the subject of a twelve-page pictorial and centerfold titled "Shooting Star" with photos by Laurent Sky in the December 2005 edition of Hustler. One of Rossi's early adult film appearances was The Provocateur which was the directorial debut of Jenna Jameson and featured all five of Club Jenna's contract performers, including Jesse Capelli, McKenzie Lee, Ashton Moore, and Krystal Steal.