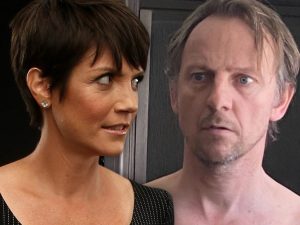 Zoe McLellan is an American television actress, known for her roles as Petty Officer Jennifer Coates in the CBS procedural JAG, as Lisa George in the ABC comedy-drama soap Dirty Sexy Money, and as Meredith Brody in the CBS series NCIS: New Orleans . In 2017, she became a series regular in the second season of Designated Survivor as White House Counsel Kendra Daynes. McLellan was born in La Jolla, California, and raised in Washington. She is of Irish descent. In 1992, she was homecoming queen at South Kitsap High School in Port Orchard, Washington. In 1995, she began her career on television, appearing in later years on Sliders, Diagnosis: Murder, and Star Trek: Voyager. In 2000, McLellan had her first major movie role, in the fantasy film Dungeons & Dragons. In 2001, McLellan joined the cast of CBS procedural JAG, in a recurring role as Navy Petty Officer Jennifer Coates. For the final season of the show she was upped to series regular. After the series ended, McLellan was cast as the wife of Peter Krause’s character, in the ABC soapy comedy-drama series Dirty Sexy Money. The series was canceled after two seasons in 2009. McLellan later guest-starred on House and The Mentalist, and also had roles in Lifetime TV movies. In 2014 she began playing the female leading role in the CBS procedural drama NCIS: New Orleans. In July 2016, it was reported that she would not return for season three.