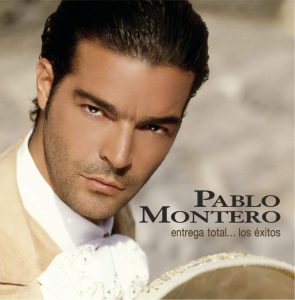 Pablo Montero is a popular Mexican singer and actor. From about 2000 to 2003, Montero had a relationship with Aracely Arámbula. In 2006, there were rumors about a possible romance with his costar in Duelo de Pasiones, Ludwika Paleta, who was married to Mexican actor Plutarco Haza. Montero and Paleta denied the rumors until a video was made public in which they were seen making out . This is said to have caused Ludwika Paleta's separation from her husband. Paleta and Plutarco Haza later reconciled. On August 31, 2007 two days after Montero presented the nominees for the 2007 Latin Grammy Awards, Miami Police reported that they stopped Montero and a passenger after his white BMW SUV ran a red light. During the investigation, police reported discovering a clear bag that tested positive for cocaine, which Montero claimed as his. However, in court the following month, Montero pleaded not guilty to cocaine possession, was found guilty, and was sentenced to probation, pending completion of a drug court program. Montero was jailed in 2008 for violating the terms of his probation but released on the condition that he complete a drug rehabilitation program. On Friday, February 20, 2009, Montero graduated from his drug treatment program.