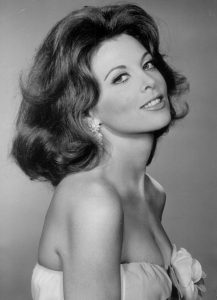 I will always remember Dawn's kindness to me. We shared in creating a cultural landmark that has continued to bring comfort and smiles to people during this difficult time. I hope that people will remember her the way that I do — always with a smile on her face. ❤️ pic.twitter.com/teFLyVv07C

Tina Louise is one of the most famous and trending Actress in the whole world right now. Tina Louise was born on February 11, 1934, in New York City, New York, United States. She was born Tina Blacker, but best known as Tina Louise.

She made her stage debut in 1952 with the musical ‘Two’s Company’ and followed up the success with other Broadway productions such as ‘John Murray Anderson’s Almanac’, ‘The Fifth Season’ and ‘’Will Success Spoil Rock Hunter?’.
During 1950s, she also featured in live television series such as ‘Producers’ Showcase’, ‘Studio One’, and ‘Appointment with Adventure’. By late 50s, Tina Louise has emerged as one of the leading female actors being cast opposite established stars such as Richard Widmark and Robert Taylor. In 1960, she acted in Roberto Rossellini’s Italian historical epic drama ‘Garibaldi’, which won her accolades in the Italian film industry.

The year 1964 marked a major turn in her career when she signed to play Ginger Grant in Gilligan’s Island, a situational comedy, which catapulted her to the status of a pop icon of those times. She continued with the series until its end in 1967. Post 1967, she regularly appeared in many of the films made for television. In 1975, her portrayal of a suburban homemaker destined to fate in the movie ‘The Stepford Wives’ was well appreciated.
During late 70s, she starred in ‘Dallas’, a very popular prime-time soap opera and followed it up with the 1984 television soap ‘Rituals’ replacing Jo Ann Plug in the role of Taylor Chaplin.

During the 80s and 90s, she appeared in a few movies most noteworthy being ‘O.C. and Stiggs’ co-starring Robert Altman. In 1992, she starred in the satirical ‘Johnny Suede’ co-starring Brad Pitt, who later went on to become one of the most famous Hollywood stars of all times. In her latest movie outing, Tina Louise was seen in the 2015 spiritual drama ‘Tapestry’ and “White Lilies’.

Tina Louise’s musical album ‘It’s Time for Tina’ features 12 tracks, which include the foot tapping numbers ‘Tonight Is The Night’ and ‘I’m In The Mood For Love’.
She is also an accomplished painter with painting exhibitions at Ambassador Galleries, Gallery Stendhal and Patterson Museum of Art. After publishing her first book ‘Sunday’, a memoir of her life in 1998, she published her second book ‘When I Grow Up’ in 2007 for children.

In 1958, she received her first award for her debut film ‘God’s Little Acre’ at the Golden Globe Awards in the category New Star of the Year – Actress. She grabbed the fifth place Laurel Award for Best Female Supporting Performance for the same film. The same year, she also grabbed the ‘World’s Most Beautiful Redhead’ title in the list published by the National Art Council.
In 2004, she grabbed the TV Land Pop Culture Icon Award and ranked second as ‘All time sex symbols on Television’ in TV Land Top Ten episode aired in 2005
Her book ‘What Does a Bee do?’ published in 2009 is an educational book for children and adults approved by chancellor of New York City Public Schools to feature on the E-Catalog for principals. An animated version of the book is under development.

Tina Louise Net Worth And Salary

* She began studying acting, singing, and dancing at the age of seventeen.
* In 1962, she made an appearance on the TV series The Real McCoys.
* She starred on the hit TV series Gilligan’s Island with Jim Backus.
* Her parents, Sylvia (Horn) and Joseph Blacker, were both from Jewish families from Eastern Europe.