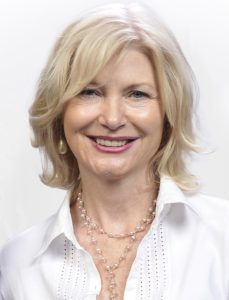 Beth Alison Broderick is an American actress. She is notable for her portrayal of the character Zelda Spellman in the ABC/WB television sitcom Sabrina the Teenage Witch . She also had recurring roles as Diane Janssen in the ABC mystery drama series Lost and as Rose Twitchell in the CBS science fiction drama series Under the Dome . Broderick was born in Falmouth, Kentucky, the daughter of Nina Lou and Thomas Joseph Broderick. She grew up in Huntington Beach, California. Even as a child, she was interested in theatre. She graduated from high school at sixteen, and then from the American Academy of Arts in Pasadena, California, at the age of eighteen. Afterwards, she moved to New York City to pursue an acting career. She has two sisters and one brother. Billed as Beth Alison Broderick, and later as Norris O'Neal, she made her debut in two adult films, In Love and Bordello: House of the Rising Sun . Both roles portrayed her as a lesbian and were financially unsuccessful. Again as Norris O'Neal, she appeared in the mainstream comedy Sex Appeal . In 1986 she had small roles in If Looks Could Kill, Student Affairs, Young Nurses in Love, and Slammer Girls, a spoof of the women in prison film genre.